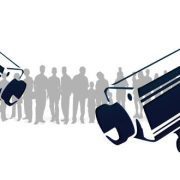 Retail video: How will be purchases in the future?

Here are 10 trends to watch:

Retail Stores Are Watching You