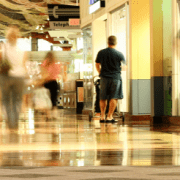 5 problems retailers must fix in 2014

5 problems… Amid aggressive discounting, little foot traffic, a shorter holiday season and severe weather, the end of 2013 was disappointing for retailers. Now with barely any time to catch its breath, the industry is bracing for even larger sea changes, such as mounting privacy concerns after massive data breaches, and retailers’ desire to wean consumers off discounts.

As the new year kicks off, retailers are smack in the middle of three to five years of major changes that will redefine the industry, said Alison Paul, vice chairman and U.S. retail and distribution leader at consultancy Deloitte.

Paul hasn’t seen change like this since big-box discounters such as Wal-Mart began to gain momentum 50 years ago. «I would say the last time there was this big [of] a change in the industry was in 1960, when many of the big boxes opened up and really opened the huge discount department store,» Paul said. The biggest change before that—the invention of modern retailing in postwar America.

«I’m not even sure that either of those compare to this,» she said.

Adding to industrywide nervousness has been a ho hum end to 2013. Holiday retail sales last year gained 3.8 percent compared to the 2012 holiday, according to the National Retail Federation. That 2013 gain fell short of its forecast 3.9 percent uptick for the sector.

Looking ahead to 2014, industry experts at this year’s retail federation convention in New York had plenty of ideas for what’s ailing the sector—and possible solutions. Read on for their ideas.

E-commerce was one of the most buzzed about trends in 2013, a year that saw online sales far outpace physical store revenue gains. Despite this meteoric growth, more than three quarters of retail transactions are still made at brick-and- mortar locations. But lately, that in-store experience sometimes has been diluted to transactions, with little engagement between brands and shoppers.

«We started with this theme last year and this year it seems to be resonating even more,» said Paul Steinberg, senior vice president and chief technology officer atMotorola Solutions, which provides communication solutions to retailers.

Experts at NRF said shopping needs to be an experience, and retailers should take advantage of their physical assets to build a connection between consumers and their brand.

For example, Intel‘s booth displayed a full length «mirror» that allows shoppers to try on multiple outfits, then view, compare and share photos of the outfit with friends. Technology from Motorola scans what items consumers bring into the dressing room. Consumers can then tap a screen to order an out-of-stock item before they change back into their clothes.